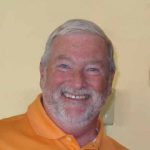 The terminology of “in like a lion” certainly can be used as accurate when you consider the initial days of February.  Snow, snow and more snow resulted in our speaker not being able to make it to the meeting but, have faith……. Nanoose Ned (our local marmot prognosticator) predicted by the third week of February things would be better and he was right.

On the plus side though, we did have a great meeting and a big hats off to Gail Sherson for stepping up and giving us a wonderful (off-the-cuff) talk about the ins-and-outs of the pulp and paper industry.  Her first-hand knowledge and years of experience mesmerized members and when asked questions, she had answers that were factual and really put a new light on the significance of the industry and where it could be going in the future.

As well in February, we had a fabulous excursion on Valentine’s Day down to the Unsworth Winery where people got to not only taste some great local vintages, but enjoy a four-course meal that was simply ‘awesome’.  Oh yes, and the wine pairings were just what one would expect – complimentary and delightful.

The Ladies and Men’s lunches were also a major hit in the month; they’ve continued to set the stage for more interaction and fellowship within our group.  And speaking about our group, we announced at the meeting that we have 110 confirmed members.  Now that’s the way to start the year and with dozens more snowbirds and travelers coming home in the next 4-6 weeks we’re confident we’ll surpass last year’s total membership.  Thanks to each of you for your continued support and enthusiasm.

March heralds the jumpstart to outdoor activity and what better way to do it than to have a conversation about the Island’s wealth of forest resources.  Whether it’s in your local living area or in the vast wildernesses that cover the Island, it’s magical walking through the forests or admiring them from afar.  To give us a better appreciation for this renewable resource we have Makenzie Leine, from Island Timberlands as our March speaker; so make sure you’re there to hear all about it.

One last thing, David Hahn, our February speaker from Costco has indicated he will be coming to one of our later meetings so save those questions.  Although we asked for a $25 credit on our Costco cards for not being able to make the meeting ….. Hahn chuckled and said maybe he’d consider bringing Costco hot dogs!

See you at the meeting.

APRIL MEETING VIA ZOOM: Speaker Roger Griffiths: Spring from the Countryside to the Alpine